Gordon McIvor is a seasoned business leader who has over 40 years of experience in public and government affairs, real property and governance. He has held several senior management roles throughout his career with Canada Lands Company Limited and the National Executive Forum on Public Property, as well as completing assignments with the World Bank in India and Colombia. 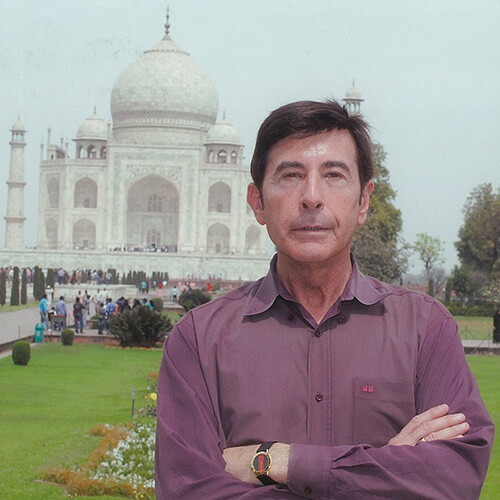 Gordon K. McIvor was born on October 13th 1954 in Regina (Saskatchewan). He spent his childhood primarily in Western Canada and the United States before going to Toronto to complete his high school education at Richview Collegiate Institute. In June of 1973 he graduated from this institution with several academic and athletic awards.

The following years were spent at Glendon College (York University) studying Canadian history and literature. During this period, Dr. McIvor took up two primary extracurricular activities: drama and journalism. He was to obtain the lead role in two original Canadian plays, as well as supporting roles in both Canadian and American television and film productions. Most notably, he appeared twice on the Wayne and Shuster Comedy Hour and in the television series Police Surgeon. His weekly column in the University newspaper was widely read and often discussed (bilingualism, multiculturalism, national ideology, etc.).
It was also during this same period that he appeared as a model in several national advertising campaigns, notably for a Canadian Bank and a well-known jeans manufacturer.

Using a university scholarship, Dr. McIvor went to France in 1975 to study literature and the humanities, obtaining his first university degree at Montpellier in June 1976.  His work on the problem of French regionalism carried out during that year was noted by the French press and several publications, including a French encyclopedia, which printed one of his studies.  In 1976, he returned to Toronto to complete his Honour’s B.A., obtained in June 1977.  He was at this time awarded a certificate of bilingual competence, after a series of oral and written examinations.  Dr. McIvor used his bilingual skills to give a series of conferences on Canadian unity, as well as to interview political and entertainment personalities of the day
Returning to France in the fall of 1977, Dr. McIvor began what was to be a long and detailed study of the French vision of North America.  This led to a Master’s Degree in 1978 and a Ph.D. Degree in 1980.  He publicly defended his doctoral thesis in front of a prestigious jury, which included French author and head of the Grasset publishing house, Yves Berger.  Several regional authors were among the audience, as they had followed Dr. McIvor’s research not only on the French vision of North America, but also on the problems of the Cévennes region of France.  The French Government, which had financed Dr. McIvor’s studies in France, entered his doctoral thesis in an international literacy competition and his thesis was distributed to university libraries throughout France. His research was also noted by a prominent member of the French Academy.

While completing his doctoral thesis, Dr. McIvor worked as an educational consultant for IBM in Montpellier, France; as a researcher for a marketing firm in Toronto; and as a teacher for the French Organization for Languages and Cultural Action in Paris, France and London, England. In 1980, he began work as a documentalist-consultant in Paris, France with the Permanent Canadian Delegation to the Organization for Economic Co-operation and Development (OECD). He left this position in 1981 to return to Canada, where he accepted a position with the Federal Government in Ottawa.
He worked in the Canadian capital as an External Liaison Information Officer with the Canadian Unity Information Office at the Department of Justice, producing several reports for the Prime Minister’s Office and coordinating publicity and daily press reviews.  Early in 1982, Dr. McIvor went to Montréal to work for Lavalin Inc., formerly Canada’s largest engineering and consulting firm.  Shortly afterwards, he was named Director of Communications for this company, responsible for the coordination of all corporate communications as well as many of the Chief Executive Officer’s special projects.
In August of 1984, Dr. McIvor left Lavalin to join The Bank of Nova Scotia as the Senior Manager of Corporate Communications and Administration in Toronto. The Bank of Nova Scotia is one of the largest financial concerns in the world, operating in over 50 countries. In later 1987, he joined Burson-Marsteller as Group Director and handled the corporate business for the Montréal office of the firm. Burson-Marsteller was at that time the largest public relations agency in the world, maintaining offices in over 23 countries. He returned to Toronto in late 1988 to assume the position of Vice President Public Affairs for CN Real Estate, one of Canada’s largest landowners with the mandate to maximize the potential of CN’s land holdings. He had direct responsibility for all public affairs issues across the country, as well as responsibilities relating to other CN divisions such as the CN Tower and CANAC.

In 1995, CN Real Estate was transferred to the Federal Government and a re-activated Crown Corporation – Canada Lands Company Limited was established to house these – and other – assets. Dr. McIvor was named Vice President of Public and Government Affairs of this new organization. His responsibilities continued to grow as he acted as a close advisor to the President and CEO, as well as to the Board of Directors, on most of the activities the Company was involved in across Canada. In July 2002, Dr. McIvor was given the responsibility of acquisitions and business development in conjunction with his vice presidential counterparts in the regions, and as such had extensive and on-going consultations with the central agencies and custodian departments of the Government of Canada. His title was expanded in September 2006 to Vice President, Strategic Acquisitions, Public and Government Affairs.

He left Canada Lands Company at the end of 2011 and became the Executive Director of the National Executive Forum on Public Property, an organization which brings together senior real property managers for various levels of government across Canada. He significantly grew the reach and advocacy role of that organization during his leadership there. Over the coming years, he was also retained by the World Bank to complete projects in India and Colombia and wrote a paper on Canada Lands Company for them as well. In 2014, Dr. McIvor joined Jesson Communications as a Senior Advisor and represented Lockheed Martin’s F-35 Fighter Jet in Canada, reporting to their HQ team in Washington.

Dr. McIvor has also been highly involved in committee work for the various organizations to which he has belonged. He was a member of the France-Canada Association for fifteen years, actively working to improve relations between the two countries. In 1978, he was elected to the Société Chateaubriand by Raymond Lebègue of the French Academy (l’Académie française), who reviewed this doctoral thesis in the French academic press (see above). He became a member of the Modern Language Association of America in New York in 1980, and during the same year was named a “Friend of Jacques Cartier” in Saint-Malo (France) by Raymond Vayva, also of the French Academy. In 1983, he joined the Canadian Public Relations Society (CPRS) in Montréal, Québec and the same year became a member of the International Association of Business Communicators (IABC). He has since served as Chairman of the Program Committee for CPRS, and has been on that society’s Board of Directors in Toronto on two occasions. He also served as the National Secretary of CPRS, and founded the well-known and popular “CEO Award of Excellence in Public Affairs” for that organization. He chaired the Annual ceremony during which this award is given out for fifteen years.

In late 1983, Dr. McIvor was elected to serve as Assistant to the President of the Wilfred-Pelletier Foundation, and as Executive Assistant to the Chairman of the Canadian Engineering Centennial Board.

In 1985, he was named to the Board of Directors of what was then one of Québec’s premier dance companies, the Ballet de Montréal Eddy Toussaint. During the same period, he joined both the Smithsonian Institute and the Association of Canadian Advertisers, as well as serving on several advisory boards for such institutions as the YWCA. In 1988, he became a member of the Chambre de Commerce de Montréal as well as the Montréal Board of Trade, and served as Chairman of the Communications Committee for the World Trade Centre. He was also elected to the Board of Directors of The Couchiching Institute on Public Affairs during this period, and went on to become the President of that organization. This Institute, which has since closed, was internationally recognized as one of Canada’s pre-eminent think tanks and Dr. McIvor remained as a member of its Special Advisory Council for over ten years. In 1989, he was named to the Board of Directors of the Harbourfront Reading Series in Toronto in recognition for his past literary work. He was also asked to handle the communications programs of The Trillium Foundation of Ontario, one of Canada’s largest and most active foundations. Early in 1992, Dr. McIvor joined the Board of Directors of Toronto’s Downtown Business Council. He also served that year as the Director of Media Relations for the YES/OUI Ontario/Canada Committee. In 1996, he was named to the Board of the Canadian Club and ultimately served as the President of that Institution. He was also on the Advisory Board of the Royal Roads University Business School in B.C. for several years. His Board commitments continued to grow as he served as a Governor for the Canadian Unity Council, and played an active role on committees of both the Canadian Chamber of Commerce and the Conference Board of Canada. Dr. McIvor also served as President and Chair of Le français pour l’avenir (“French for the Future”) and served as Chair of the Vision TV Foundation, continuing on as a Board member of Vision TV’s holding company, S-VOX, through November 2008. In 2005, he was appointed as Chair of the National Executive Forum on Public Property. In April 2008, he was appointed to the Board of Directors of the Pointe-à-Callière Archeology Museum of Montréal and in February 2009, he was appointed to the Board of Directors of l’Alliance Française de Toronto, and went on to become President and Chair of the Board. In June of 2014, Dr. McIvor was named the Chair of the Board of the Communications and Public Relations Foundation, an organization he joined in 2007, and maintained that role for several years.

In recent years, Dr. McIvor has become extremely involved with the Empire Club of Canada. After running the Speakers’ Committee for a number of years, he was named as President of the Club for the 2015-2016 season. He went on to act as Chair of the Club’s signature event, the “Nation Builder of the Year Award”, when it was founded in 2019 and acted as Chair or Co-Chair of the event in 2020 and 2021. After several years on the Board of the Empire Club Foundation, which takes the content generated by the Empire Club of Canada and gets it into educational facilities across the country, Dr. McIvor was named as President of the Foundation in 2021, a position he continues to hold today. 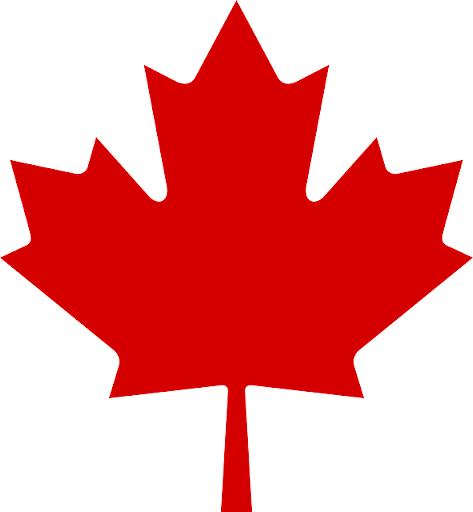